This week, I’ve decided to focus on an ancestor who received an unconventional, though probably not uncommon in those days, marriage proposal.  The two parties involved are my great great grandparents, Frances Lydia “Fannie” Browning and William Henry Wiseheart.  Before I get into the proposal, I’ll briefly go over their backgrounds.

Fannie was born on June 14, 1853, in Kentucky, to Daniel and Ossiann (Salisbury) Browning.1  Ossiann died when Fannie was about twelve.2,3,4  Daniel remarried, to Nancy Catherine Ringold, in 1865.3

While a 16-year-old Fannie was still living at home with her father and stepmother, in Long Run, Kentucky, a 37-year-old WilliamWiseheart was living with his wife, Sarah (Myers), and six month old daughter, Kitty, in Washington, Indiana.4,5  William’s wife died circa 1872, leaving William to care for a young daughter on his own.  William also had a disability from a Civil War injury.  He ended up in Kentucky.5,6  Presumably, he moved back there to seek the assistance of family.

Shortly after moving back to Kentucky, he met Fannie Browning.  I often wonder how they met.  Maybe they were neighbors.  Maybe they attended the same church.  Maybe one of William’s family members knew Fannie somehow and set them up.  Whatever happened, Fannie received a letter from William that I refer to as a proposal.  In it, he describes his feelings for Fannie and talks about taking her “out of trouble.”  He then closes with “I remain your intended companion until death.”  It may not be an outright proposal, but it is certainly a letter of intent. 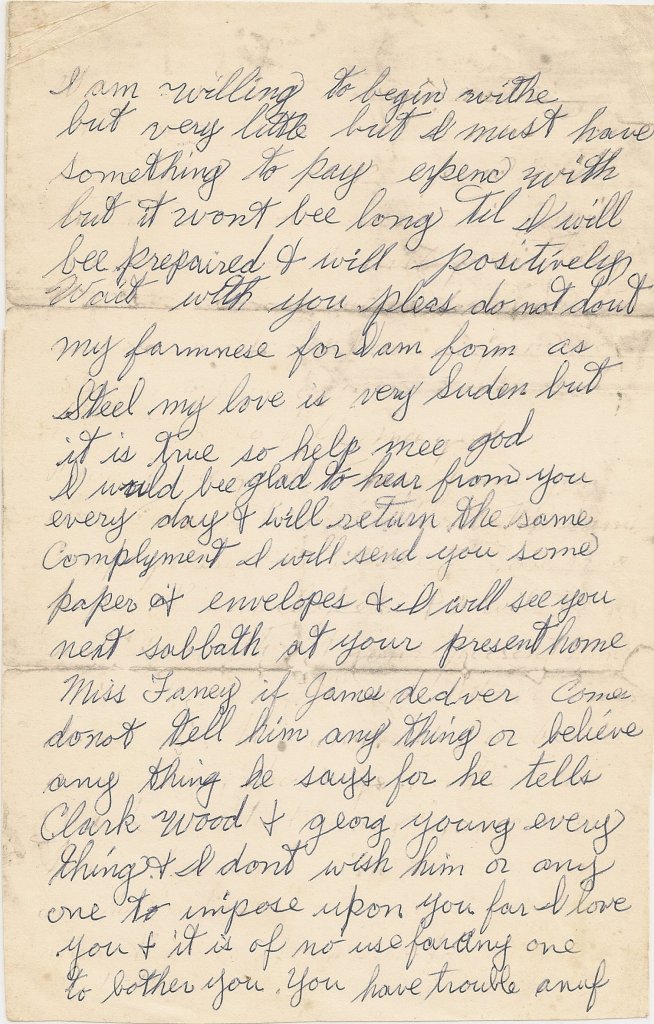 What is really interesting to me is that this letter dated April 20, 1876 indicates that William would not be able to marry Fannie until June of 1877, however, they did marry not quite one month later on May 10th in Long Run, Kentucky.6  Perhaps his circumstances improved.  Perhaps her circumstances worsened.

Another thing I had wondered about over the years was the age difference between William and Fannie.  He was 42 and she was 23 when they married.  Knowing that William had a young child and Fannie had some sort of “trouble” explains that, I think, aside from a fairly large age difference being a somewhat common phenomenon in that day and age. 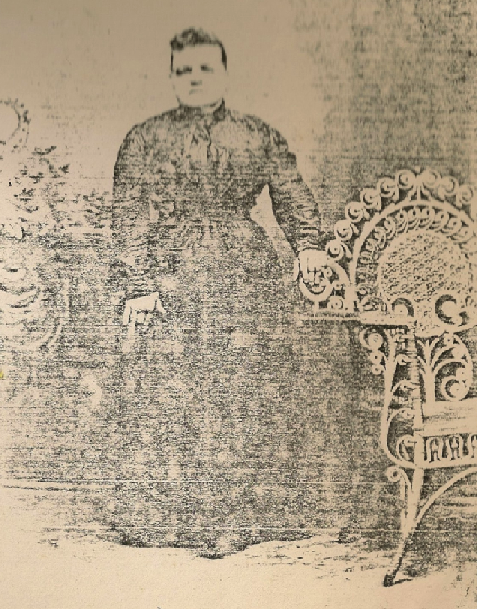