Beata Jacobine Salina was born in 1636 in Stockholm, Sweden to parents Dr. Baltzar Salinus and Elizabeth Carlsdotter.  Dr. Salinus was the court physician to King Charles X Gustaf (Karl X Gustav) of Sweden.  It was at court that she met Christopher Springer, who had been a member of the treasurer’s secretariat since 1633, and a court musician before that.1  Beata and Christopher were married on October 15, 1654.1,2  Shortly thereafter, Beata became fourth lady in waiting to Queen Hedvig Eleonora.2,4,5

In 1669, just one year after Jacob’s birth, Christopher Springer died at the age of seventy seven.1,2,3  At the time of his death, he was Archives Inspector of the Royal Exchequer.1  Queen Dowager Hedvig hired Lady Beata as her royal housekeeper at Gripsholm Castle, across Lake Malar from Stockholm.1,3  It was here that Beata died in December of 1693.  She was buried near the castle, at the church at Mariefred.1 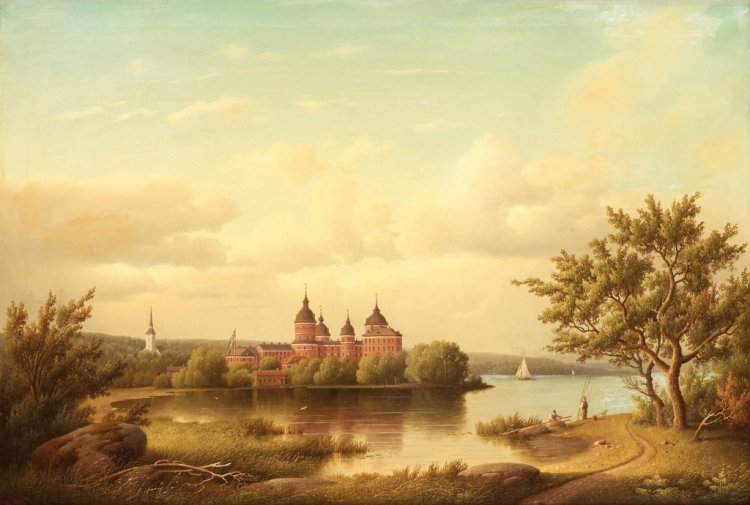 Lady Beata is sometimes listed as Beata Jacobine Hendrickson instead of Salina.2,4,5  I have yet to determine why.  It’s possible that she was married before she married Christopher, however, she would have been very young and that marriage would’ve had to have been very brief.  I have read that the family is well documented in the Stockholm municipal records and the Royal Archives, so perhaps I will be able to find out.